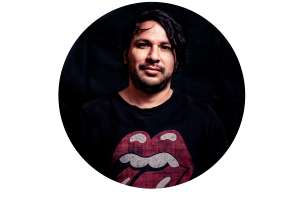 Is a project of Oscar Ascencio.

Oscar is a Colombian-Australian filmmaker currently based in Melbourne.

Oscar came to Australia in 2008, seeking to learn English and fell in love with the Australian people and their country. While he was living in Queensland he studied Technical Sound Recording at the Southbank Institute of Technology in 2009 where he received an award for the best video of the year for his graduating work and was awarded a diploma as music technician.

As a Mechatronics Engineer Oscar worked for various firms in Australia since he arrived but always had a creative dream of being part of the entertainment industry. In 2013 he decided a move to Melbourne would enable him to pursuit his long standing dream of becoming a filmmaker.

In 2015 Oscar quit his engineering role for good and enrolled in a Master’s degree of Film and Television at the Victorian College of The Arts (VCA). After 2 years of study he graduated with high distinctions and was nominated for best cinematography for his work on the documentary film Daughters of Doom.

Currently Oscar is working on expanding his videography company No Problemo. His clients are from the corporate, and arts sectors among others.